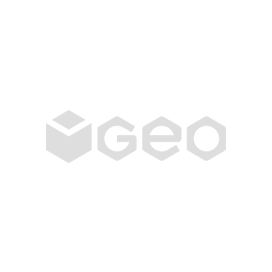 iGeo is an open source Java 3D modeling library that allows software developers to create and manage 3D models inside their own apps. It has provided components for vector math operations, NURBS curve and surface geometries, managing polygon meshes, 3D display and navigation, and 3D model file I/O. The library has included different shading modes such as wireframe, shaded, transparent shade, shade without edges, and more. The library has the best computational design in architecture, product design, interaction design, and more

The iGeo library is freely available under the GNU Lesser General Public License as published by the free software foundation, version 3. The library has also supported an interface called PiGeon specialized in processing. The library has included features for navigating 3D view, save files, such as zoom, toggle view, rotation, pan, and much more. It has provided several functions for managing panelization such as rectangular panelization, triangulation, diagrid triangulation, diamond panelization, grid lines, diagonal lines & points on the Surface, grid points on the surface, and many more.

An overview of iGeo features.

iGeo can be run on any system having Java runtime installed.

The easiest way to install iGeo is by using GitHub. Please use the following command for a smooth installation.

NURBS stands for Non-Uniform Rational B-Spline and it is a mathematical model to define geometries in space. It is one of the most popular mathematical models of geometries and is used in many CAD programs. The iGeo API has included support for creating NURBS Curves and Surfaces using Java commands. The ICurve and ISurface can be used to generate URBS curves and surfaces by providing an array or a 2-dimensional array of IVec and degrees.

The open source iGeo library enables software developers to create and manage their vectors inside their own Java apps. The library has provided several useful functionalities related to vector management such as adding or subtracting vectors, duplicating a vector variable to another variable, multiplying or dividing vectors, flipping vectors, measuring the distance between two vectors, setting the length of a vector, generating one scalar value out of two vectors, reflect a vector on 3-dimensional plane and many more.