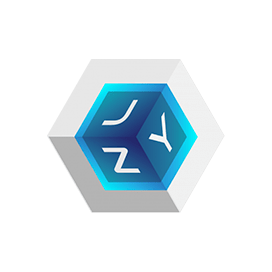 Java Library that has provided functionality for drawing 3D Charts and scientific data. It supports various chart types like surface, bar and scatter charts as well as other chart families.

Jzy3d is an open source Java plotting library that gives software developers the capability to create their own apps that can draw charts and 3d scientific data with just a couple of lines of Java code. The library supports several important features related to surfaces, scatter plots, bar charts, and a lot of other 3d primitives. You can easily customize the axis and chart layout with just a couple of Java commands.

The API is very stable and can be easily integrated into any commercial or personal projects. It has included support for several important charts types such as surface charts, bar charts, scatter charts, 2D & 3D graphs charts, rich chart options, primitive types like spheres, triangles, polygons, and so on.

An overview of Jzy3d features.

Jzy3d can be run on any machine having Java installed.

The easiest way to install Jzy3d is by using GitHub.Please use the following command for a smooth installation.

The open source Jzy3d library gives software developers the capability to draw surface charts using Java commands. First of all, you need to define the range for the function to plot the chart. After that, you can create the object to represent the function over the given range. Now you can easily draw charts. You draw a simple surface, big surface, Delaunay tesselation, no wireframe surface, and more.

The Jzy3d library gives software programmers the power to create 3D Polar Charts with ease inside their apps. You can need to set the values for the chart as a dedicated polar dataset allows you to easily make operations on the coordinates. You can define chart title, the dataset for chart, chart legend, tooltips, and URLs.

The Jzy3d library gives software developers the capability to edit their surface meshes via Java code. It has provided SDK that has provided interactive surface editor which enables users to model a surface by grabbing its mesh points with the mouse or trackpad. The surface is presented in an excel-like table that is synchronized with drawing.