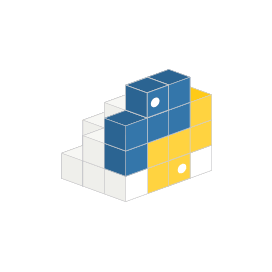 PyExcelerate enables software programmers to read and write Excel XLSX spreadsheet files. It is also known as an accelerated Excel XLSX writing library for Python because it is by far the fastest option for Python spreadsheet solutions. It creates the 10,000 rows and 10 columns in just 0.17 seconds.

An overview of PyExcelerate features.

PyExcelerate supports OOXML spreadsheet format as well as it can export data to common file formats.

First of all, you need to have Python 2.6 or higher installed on your system. After meeting the prerequisites, please use the following command.

PyExcelerate API enables software developers to generate an Excel-compatible XLSX spreadsheet from their own Python applications. Developers can also modify an existing sheet; write data to cell, select cells by name, merging cells, styling rows or cells and much more.

Writing Bulk Data to a Range

PyExcelerate API gives the developer the capability to write bulk data to an Excel range of cells. It is an important feature for adding a huge amount of data in less time. The API also gives developers the power to directly write data to ranges, which is quicker than writing cell-by-cell.